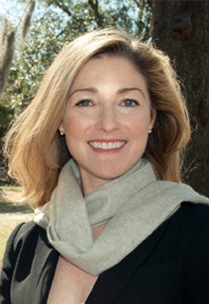 The Internet of Things has created discoverable data repositories not only out of cell phones but many other household items.  Smart watches calculate our steps and heart rates, and can contradict a claim of disability or injury.  Smart home devices track internal temperature and may contradict a spouse’s claim to have been home on a certain occasion.  And of course, the ubiquitous cell phone may track our location and place us at a crime scene.  All of these devices accumulate and store data that could be potentially relevant to a lawsuit and therefore subject to both preservation obligations and production requests. What privacy rights do civil litigants have with respect to such information?

The Supreme Court in Carpenter v. United States will soon determine the propriety of government gathering of cell site location information without a warrant.  On the civil side, discovery of this information is unclear.  As a practical matter, we have already seen the effect of social media on civil discovery, with interrogatories and document requests now routinely asking about social media usage.  Those interrogatories will likely soon ask for information about smart watches and smart home devices, about information overheard by Alexa, or search requests stored on an iPad.

Indeed, IOT data is already appearing in the courtroom and influencing investigations.  Forbes reported on a lawsuit in Calgary where a plaintiff’s Fitbit data was introduced to support her claim that an injury caused her active lifestyle to deteriorate below average.[i]  In another case, Fitbit data that a woman was awake and walking around in the evening contradicted her allegations of being asleep in bed and then raped, leading to misdemeanor charges against her.[ii]  Finally, in Arkansas, police issued a warrant to Amazon for audio recordings and transcripts of communications between a murder suspect’s Echo device and Amazon’s Alexa Voice Service, and Amazon challenged the warrant on a First Amendment basis.[iii]

It won’t be long before courts are faced with the propriety of discovery requests for information regarding the state of the body, like heart rate information and fertility tracking data, and information about the interior of a home, like a smart thermostat that knows when the homeowner is at home and in what room.  Those courts should beware of allowing wholesale searches of IOT device data.  The newly revised Rule 26 limits the scope of discovery to information both relevant to a party’s claim or defense and proportional to the needs of the case.  Courts should find that discovery requests that unduly intrude on privacy are not proportional and therefore protected even if there is an argument for for relevance.