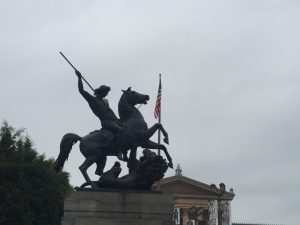 December 19, 2016, the Office of Disciplinary Counsel of the Supreme Court of Pennsylvania issued an order accepting a recommendation from the State’s Disciplinary Board to suspend an attorney for one year and one day for engaging in unauthorized practice of law.

However, the Office of Disciplinary Counsel later assessed that the Respondent was licensed to practice in Colorado, not Pennsylvania. At the disciplinary hearing, the attorney claimed that “the false information he included in his LinkedIn profile was the result of his not being ‘careful in writing’ the profile.” He claimed to have made a mistake when he cut and pasted information from his resume into his profile.

However, the Pennsylvania Office of Disciplinary Counsel of the Supreme Court deemed that Respondent’s misrepresentations were not attributable to “careless editing” and considered him guilty of having violated Pennsylvania Rules of Professional Conduct (RPC) 5.5(a), 5.5(b), and 8.4(c), 8.5(a), because of his engagement in unauthorized practice of law in Pennsylvania. “It appears that Respondent created a LinkedIn profile containing false information in order to attract clients in Pennsylvania and in other jurisdictions where he was not licensed to practice law.”

Colorado imposed reciprocal discipline and suspended the attorney for one year and one day.  RPC (CRPC) 251.5 and 251.21.