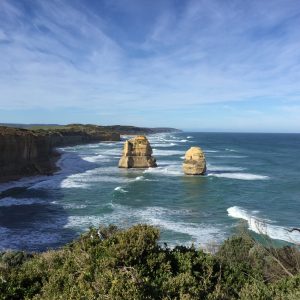 On April 4, 2019, the Australian parliament approved the Sharing of Abhorrent Violent Material Bill, which amended the Criminal Code.

The bill was approved after Christchurch terrorist attack to ensure that online platforms cannot be exploited by perpetrators of violence.

The attack in March 2019 demonstrated the potential for live streaming to be abused by extremist perpetrators to amplify their messages in the immediate aftermath of these incidents. In that case, the perpetrator streamed the attack in real-time. The video was then widely re-shared across a number of social media platforms.

The Sharing of Abhorrent Violent Material Bill introduces new offences and imposes an obligation on internet hosting or content service providers to refer the details of abhorrent violent material to the Australian Federal Police within a reasonable time of becoming aware of the existence of the material, and to expeditiously remove the material that is reasonably capable of being accessed within Australia.

Abhorrent violent material could be audio or visual material that is recorded by the perpetrator(s) while engaging in a terrorist act, murder, torture, rape or kidnapping.

The Bill gives the power to the eSafety Commissioner to issue a written notice to an internet service provider notifying them that abhorrent violent material can is hosted on their service. The effect of this notice, in relation to the offence for failure to remove or cease hosting, is also to create a presumption for the purpose of any future prosecution that the provider was reckless as to whether the specified material could be accessed from the provider’s service.

The bill is already in force.

For more information, contact Francesca Giannoni-Crystal. Thanks to Federica Romanelli.