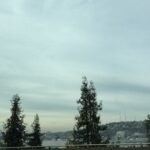 Importantly, according to the Bill, “an electronic record may not be denied legal effect, validity, or enforceability solely because it is generated, communicated, received, or stored using distributed ledger technology.”

More on the Washington Privacy Act (SB 5376) is available at https://app.leg.wa.gov…

Bill SB5638 is available at http://lawfilesext.leg.wa.gov…

For more information on how blockchain technology could impact your legal issues, contact Francesca Giannoni-Crystal. Thanks to Federica Romanelli